When feeling under attack or under pressure, seemingly by forces beyond your control – who do you turn to? For most, many seek deliverance physically, emotionally, perhaps even monetarily. But spiritual deliverance comes from beyond this world.

Sometimes what ails us the most is something within our spirit; a burden that is quite difficult to bear, but is hard to remove by ourselves. If deliverance is sought after in the wrong place, then only temporary relief is gained. Many seem to go to a spiritual guide or a psychologist, even a financial investor to rid them of their problems, but this only eases the burden momentarily, while the deeper issues remain.

Jesus taught His followers to rely on God for spiritual deliverance (mukti), which often led to physical healing. When they asked Him to teach them how to pray, He concluded the prayer with the words “and lead us not into temptation, but deliver us from the evil one” (Matthew 6:13). On another occasion, He healed someone with an evil spirit, and the man’s sanity was restored; even the evil spirit itself recognizing the God’s power and testifying to it (Mark 1:23-28). Not only did His followers find their strength in God, but because of the God’s words, they found the hope and courage to overcome life’s struggles as well.

As much as the deliverance that many seek can be based on their circumstances, there is an evil one, the devil, that wishes to rob and destroy you of your potential and purpose in life, and also the life to come, which is precisely why the God gave authority, not only by removing the root cause of evil from people, but also granted this same authority to His followers; to drive out impure spirits and to heal every disease and sickness (chapter 10:1).

There is no reason to fear or be afraid of forces of evil or powers of darkness that threaten to overwhelm us; because He has given us the authority to rebuke such influences in our lives rather than seek relief elsewhere. Know that you are called to be free. Cry out to God and declare the name of Jesus over your circumstances. Every evil shudders at the name of Jesus. It will not come near you or bring you suffering, because you have been redeemed by Jesus. There’s nothing too impossible for Him. Come now, experience the power of Christ in your lives. 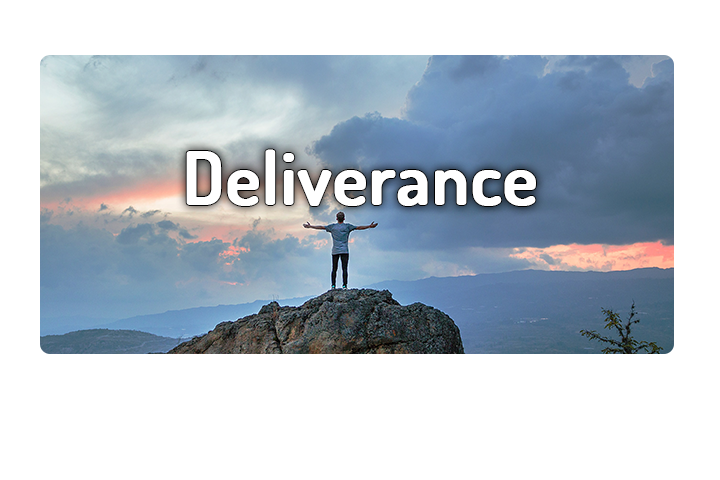